The Liberals are rolling out their fall campaign. Every week they roll out a new 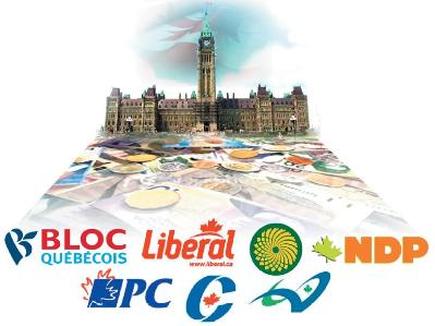 initiative, looking for the slogan which will hook the voters, and keep them in power.

Last time that slogan was “2015 will be the last federal election conducted under the first-past-the-post voting system”[O] It was part of the party’s platform.

The Liberals deliberately sabotaged their own initiative to change the electoral system within the first year, presumably so voters would not be thinking about it when they started rolling out initiatives – and promises – in 2019.

This week – shockingly close to dropping the writ – an appointed advisory council   came to the conclusion Canada should establish a single-payer pharmacare system. This is the exact same conclusion as at least the last two advisory councils struck to examine the issue, by both of the leading parties. Naturally, with only a matter of weeks before the start of the election campaign, their recommendations could not possibly begin being implemented, but the chairperson believed they could have a list of drugs by 2022.

Never mind that it would consist of exactly the same members as the UN list which was created to avoid such needless delays.

Furthermore, the NDP announced their plan for exactly this kind of Pharmacare earlier, and with numbers which more closely aligned with a 2017 Parliamentary Budget Office forecast[news].

Speaking for the advisory council, Dr. Eric Hoskins said pharmacare could be implemented by approximately 2027, conveniently after the next election cycle, thereby backloading all performance by the Liberal party.  In other words, Canadians would all have to make sure the Liberals were in power for a minimum of three election cycles, assuming they actually kept such a large campaign promise.

2015 will be the last federal election conducted…

Last week was Liberals trying to gain attention on environmental issues. They passed a law forbidding the keeping and breeding of cetaceans in captivity. The law passed first and second readings the first year the Liberals were elected, then they hit the pause button. They waited through their entire mandate until the last minute – while cetaceans were being kept and bred in captivity, perfectly legally – and then, to score points, passed the law. It affects two companies, in theory. Both companies say it does not affect them, because they are allowed to keep the cetaceans in captivity they already have. (A Liberal investigator suggested the Niagara company could stay in the cetacean business for 20-30 years.)

The bill was initially sponsored by now-retired Liberal Senator Wilfred Moore[P]; it was carried over the finish line by Green Party leader Elizabeth May[P]. So, how is it this accrues any plaudits to the Liberals? It does not.

2015 will be the last federal election…

And what about that proposed ban on single-use plastics? A blanket ban on single-use plastics could have a large economic impact, as well as a real environment impact. Beyond ridiculous campaigns to eliminate plastic straws and cutlery, which are the tiniest fraction of plastic waste, the food films and single-use containers which are ubiquitous in grocers, the protective packaging on everything from electronics to automobiles to sterile medical products – Canada is awash in unrecycled, and sometimes unrecyclable, plastics.

But the Liberals, just days before promising to use their presidency of the G7 to press for plastic responsibility, gave a $35 million grant to an Alberta plastics resins company[news]. Then they bought a pipeline used to bring tar sands bitumen to tidewater[news], where it can be shipped to be refined into plastics. They were nowhere to be seen during the City of Victoria’s battle with the Canadian Plastic Bag Association in 2018 (the city won[news].) The actions of the Liberal party appear to be in conflict with their words.

And, again, the entire thing is backloaded. No, they do not have a list or even a proposal of what could/should be banned. They might have one by 2021, which is conveniently slightly sooner than the deadline NDP leader Jagmeet Singh announced a week earlier[news]. Mr Trudeau’s talking points seem directly cribbed from the NDP announcement – a ban of single-use plastics, and extended producer responsibility to stop the downloading of the industry costs onto the public budget. The plastics ban is part of the NDP’s 22-page climate plan, which is light on details but surprisingly comprehensive in scope.

The difference, of course, is the NDP has a history of break-through plastic and recycling legislation and policy at the provincial level, while this Liberal government has a history of overseeing the largest corporate investment in plastics production as other first-world nations put in place environmental protective legislations – more than $15 billion in Alberta projects alone.

I could go on here.

What is clear is the Liberals are searching for a Marquee topic which will motivate voters to vote for them. And everything they are floating sounds almost exactly like a broken promise before ever being made.

Address
Sadly you must ask us
for our street address
Vancouver, BC
Canada

A family blog, with little point but to tell stories and entertain.